We just moved into a new building!

Who we are, what we do, and what we believe

The 180 Center is a Christ-centered nonprofit outreach in New Haven, CT dedicated to turning lives around by restoring hope and helping people through Biblical discipleship, conflict resolution training, and leadership development.

Turning lives around by restoring hope and helping people in crisis through Biblical discipleship, conflict resolution training, and leadership skills.

The 180 Center is open 7 days a week. We serve a free breakfast and lunch to those in need Monday - Friday at 7am and 12pm. We do the the same on Saturday at 8am and 12pm.

The 180 Center offers a 12 step Christian support group for men who are battling addiction. The original 12 step support groups were founded on Biblical principles. 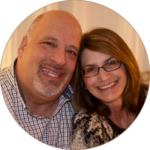 Mike and Ginny met in 1989 while working at an outreach ministry in Long Island, New York. They married the same year and served as home group leaders and children ministry teachers for their local church. During that time, Mike was a board member for a Long Island based outreach ministry to the homeless in NYC called Hope For The Future.

While trying to juggle the challenges of full-time work and a passion for the lost, the Caroleos narrowed their focus of ministry to the homeless in their area and served at Lighthouse Mission sharing food and the Word of God.

Mike’s heart desired more after evangelistic mission trips to New Orleans during Mardi Gras. After fifteen years of wrestling with the call of God to serve the lost full-time, Mike and Ginny, along with their two children, attended a six month YMAM Discipleship Training School in Kona, Hawaii and led a mission trip outreach to Auckland, New Zealand.

Returning to the United States after completing their training, God directed them to sell their home, businesses and follow His call. In 2005 they relocated to New Haven, CT, where they sought the Lord served their local church and community.

In 2009, Mike took a step of faith, co-founding a ministry to the homeless in New Haven called The 180 Center. In addition to The 180 Center, Mike opened several Christian men and women sober houses in the New Haven Area.

This is part one of the vision that God has given the Caroleo’s for the New Haven area. 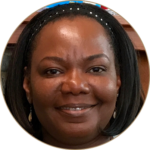 Tara Edmunson grew up going to church. Her parents divorced when she was young. By the age of fifteen she was turning to alcohol for comfort; she became pregnant a year later.Tara believed that being accepted by God was based on her performance, but no matter how much she tried to earn God’s approval, she continued to turn to alcohol.

Addiction to alcohol led to great loss in Tara’s life. She committed to The 180 Center’s eighteen month discipleship training program in July of 2012.

While in the program, Tara learned the truth that she will never be able to be good enough for God, but God loves, forgives her sin, and accepts her based on what Jesus did on Calvary… He paid the price for her sin! She has been delivered from addiction to alcohol and cigarettes, plus she is thankful for His continual healing in her family relationships.

Tara Completed the discipleship program in July 2013. After completing the program, the Lord directed her to stay at the center as volunteer staff. Today Tara serves as Co-director and teacher at The 180 Center. 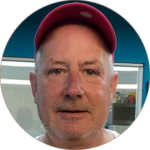 Jon Ecker first entered rehab in 1990. He spent 18 years in 12 step recovery, and even became a registered substance abuse counselor in Maine. Over the years he experienced the pain of divorce, battled cancer, PTSD, and mental disorders. It was during a ten month stay at the Salvation Army that he first saw Jesus in a dream. He went on to help manage sober houses.

Still, after two stays at Yale Psychiatric Hospital, three suicide attempts, and homelessness; he was spiritually, physically, and emotionally spent. He ended up at the men’s shelter in New Haven.

In July of 2013, he entered The 180 Center and made a commitment to the eighteen month discipleship program. He graduated the program in January of 2015; in addition, by the grace of God, he was able to stop the use of methadone. He now serves as the Co-Director of sober housing.